You’ve probably heard about the Republican Tax Bill being debated in the Senate this week. There is a lot to DIS-like in the bill — from the way it raises taxes on the middle class to give tax breaks to the super-rich and corporations;1 to the way it’s being rushed through with no hearings or due-process;2 to the fact that it undercuts renewable energy, opens new land to oil and gas drilling and threatens our climate.3

It’s a seriously dirty, dangerous, and ugly piece of work. And it’s about to get a final vote in the Senate. Mitch McConnell says he has the votes to pass the bill.4 But it’s incredibly close. So close that the Vice President is standing by to break a tie if even ONE Senator changes his or her mind.

Can you make a quick call to tell your Senators to vote no? Click here for the number and some help on what to say. 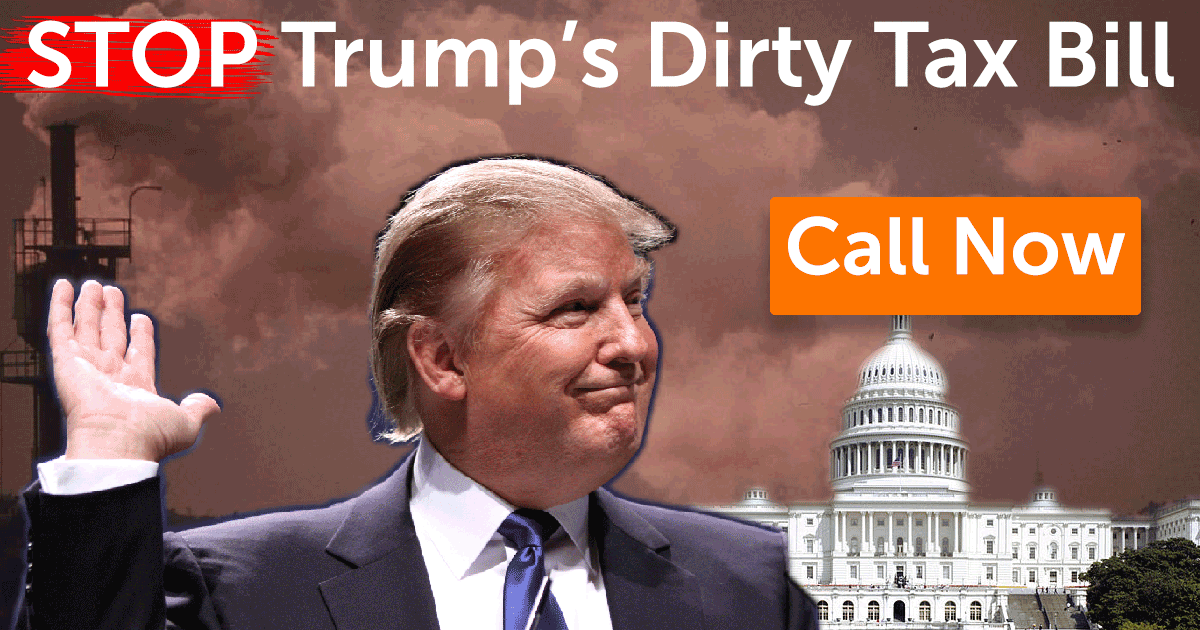 There’s still a chance to stop this bill today. And that’s why we should all call now. But even if they DO vote to pass it by a slim margin today, we shouldn’t give up hope. The Senate bill is very different from the house version passed last month.

Most of what the House and Senate bills disagree on is just how, and how much, to hurt our communities and our planet. BUT as long as they don’t agree, they can’t pass a final bill (called reconciliation) before the end of this year.

Like so many things these days, this is a fight to delay even worse things from happening, just long enough that we can build something better to replace them. And the key to delay in this case is to flood every Senator’s line with calls telling them to Vote now. If enough of us call, Democrats will be emboldened to filibuster the bill, Republicans may re-think their support, and staff will be so busy talking to us, that they won’t be able to put out talking points and claim victory.

Click here to make a call and tell us how it went.

Drew and the 198 methods crew.