I want to propose a radical idea: We don’t owe Trump or his supporters anything but resistance. And it’s time to show them they will get nothing from us – not an inch of compromise, not an ounce of permission. It’s time to get out your wooden shoes and dismantle the machinery of oppression.

Before the election, indigenous leaders called for a national day of action on November 15targeting Army Corps of Engineers offices around the country. In solidarity with the ongoing protest and encampment to block the Dakota Access Pipeline in North Dakota, the idea was to dial up pressure on the Obama administration and all parts of the federal government that permit – literally and figuratively – the destruction of sacred sites, the desecration of water, and the poisoning of our climate

It was and is a good plan. But after the election of Donald Trump, it’s more. It’s our first big opportunity to make it clear that we, the movement for climate justice and life on earth, have the power to shut down and dismantle the institutions pushing death and injustice. Over 100 events are already being organized with thousands of people planning to attend. Will you join us? Click here to watch the video and RSVP to join us in the streets on November 15. 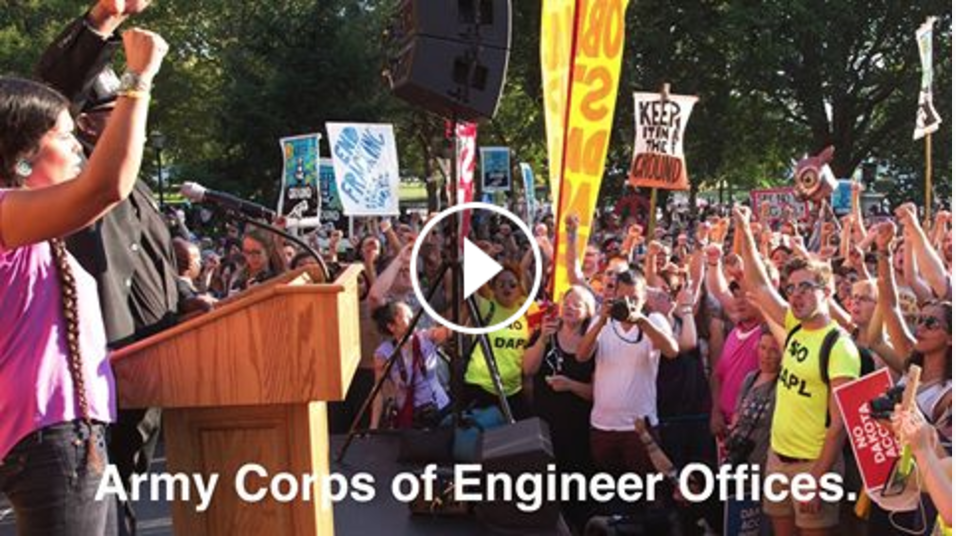 The next four years are not going to be easy. I first came up with the idea for 198 Methods after reading This is an Uprising and re-reading Gene Sharp’s From Dictatorship to Democracy. I thought, a few weeks ago, that we were facing a moment of moral clarity on climate change. I thought we needed smart, confrontational strategies to highlight the friction between people who say they want to act on climate and the actual action this moment requires of us. I thought we needed a lot more people, organizations, and mobilizations – especially ones led by women, indigenous people, people of color, LGBTQ, and marginalized folks.

I still think we need all those things. But as many others have argued and are arguing still, that work is more visceral now because Trump’s America is a fascist America. Reports of hate speech, threats, and attacks on Muslims, women, and people of color are on the rise. Our actions need to evolve accordingly from demonstrations to active resistance.

Put on your safety pin and be an ally – but do more. It’s time to think hard about what you’re willing to risk and about what is truly at risk now. It’s time to join the resistance not because it’s smart or strategic – but because the center has fallen and we need to protect each other now.

I know a lot of us are scared, but this isn’t a moment to negotiate. I’m asking you to get used to the feeling of insecurity caused by refusing to obey unjust laws. This isn’t the first time, nor will it be the last time, that we are asked to stand between the actions of our government and the lives of our neighbors and planet.

November 15 is a moment of solidarity. Join us in the streets and be part of the resistance.